I think I might have never been this busy in my life.

Today I was at the Eldest’s swim meet (didn’t need to volunteer, yey!) While all the other parents were sitting around, chatting, playing with their phones and iPads, I had a legal pad, a pen, and a freaking textbook , and was doing undergrad homework problems (i.e. writing up solutions) on my lap, so I can post said solutions before the midterm. Normal people are able to chill over the weekend. Your humble host, not so much. The fact that I was able to find a Starbucks within a 2-min drive greatly  improved the whole experience.

This weekend, I have had three sets of homework solutions to write up (almost done!), and I have to create the midterm exam problems for next week. I also have to finish a brief internal proposal with a colleague and review a proposal for a federal agency. (I still have to go grocery shopping and cook for the week tomorrow. And there are also these kids who seem to expect love, care, and nourishment from me; what’s up with that?)

And this is all so I would have as much prime work time as humanly possible to finish my two proposals by Halloween. Why? Because I just found out yesterday that the  NSF program to which I had been planning to submit one of the proposals, with explicit (written!) encouragement of the program director obtained this summer, has in the meantime changed the program director; the new one is very, very far removed in his interests from the previous guy, so this program is now a no-go. I quickly found a new home for the proposal, but their deadline is 5 days earlier. In all, the proposal which is less done (because its deadline for the original program was later) is, as of yesterday, due sooner than the proposal that’s nearly done.

Of course, when it rains, it pours. There has been so much academic politics drama in the department… So draining. So pointless. So much time wasted by so many people. So much disappointment in colleagues whom I naively used to consider rational and humane, but have since grown to recognize as selfish, vindictive, and manipulative. Egomania, fueled by success in receiving grants and enabled by the money-hungry administration, appears boundless.

Now back to work. 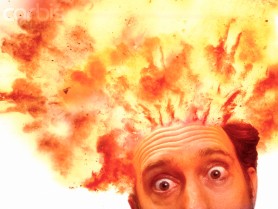