One down, two to go.

It’s the middle of the grant-writing season for many of us NSF folks, with a number of divisions having deadlines in late October or very early November. Mercifully, one division went to year-round submission, so the third grant is what I will be working on in November.

I am in that unenviable spot where I am exhausted and need to sleep, but my brain is in overdrive, so I don’t sleep well. It’s also the weekend, when I should be getting some rest, because I have kids who are only young once and they need me around, and because I need the rest so I would actually be able to work full steam during the week. Yet I can’t get the rest because my head is on fire and the clock is ticking. At times like these, I completely understand the impetus to start abusing prescription stimulants. Not that I ever would (caffeine is my drug), but I think I understand how someone who chooses to go that route feels when pressed against insurmountable workloads.

I have to say I envy NIH folks on having multiple submission deadlines throughout the year.  I wish I could spread it out a bit and not kill myself every October.
Before you ask why I don’t spread it out and write sooner, I did, it’s just there is so much other stuff, like the actual science with my students, and getting the papers out, that I can’t spend all summer writing grants too. We have to do the work and publish it for the grants we already have. And there are also spring deadlines in other agencies. And, you know, giant classes to teach.

Many people I know now routinely submit two grants per unsolicited window (so once per year). I do it too, and still find it very hard, as I need an intellectual break to do a good job on both, but there is no time for it. Earlier this week I submitted a grant with a new collaborator and it took a lot of time and energy from me, because it’s completely new and it’s always tough trying to follow someone else’s vision and still pull your weight. It took longer than we had agreed upon and thus cut almost a week into the writing on my single-PI grant, the one I am currently working on. It also left me drained and unwilling to work on said single-PI grant, even though I intellectually know that it is much more important to me. On the positive side, the it’s a revision, so I will be able to use some of last year’s material.

I chatted with someone the other day about what it is that makes grant rejections so soul-crushing.

Paper rejections happen and they are nowhere nearly as devastating as grant rejections.

There are several aspects to it, I think. First, there is actually the livelihood of your trainees and staff at stake, and even your own if you are in a soft-money position. The real devastation that comes from not being able to pay the people you are responsible for. A colleague told me today that several of his students would simply be unfunded starting in the spring. He seemed flippant about it, like it wasn’t his problem, which really bothered me, but perhaps I shouldn’t assume anything, because I don’t know what goes on in his head. I know that I often have to do remarkable gymnastics with the funds to make sure everyone is covered at least minimally if a grant doesn’t come through, but I have never just thrown my hands up in the air and said, “No money, you are on your own!” to anyone to whom I have committed as an advisor. This responsibility to keep everyone funded really weighs on me, heavily.

Then there is the fact that grants are written for a hostile audience. When you write a paper, most referees try to be constructive and help you improve the paper. In contrast, during grant review, the goal is to find a reason not to fund you. The comments are not for you, they are advisory to the program director. The comments are not aimed at helping you and they can often seem completely unfounded. Here are my favorites from last cycle, in which none of the scores I received were below a “very good.”One person simply doesn’t believe I can use a couple of techniques even though I have papers and preliminary data and figures showing that I can, and indicates that I should get an expert (read: chaperone) to make sure I do it right. Another person doesn’t comment on what I proposed to do, which is very complicated, and instead complains that I didn’t say I would do something else instead, which is even more complicated and simply so far out there that nobody can get to there from the current state of the art with one student and $300k total over three years, and most definitely not before what I proposed to do is done first.  A third person claimed that I was confused about a technique that I (and others) routinely use and that the technique cannot do what I say it can do (which it can).

So you get these comments that are not only not instructive, but can be misguided, hostile, and often make no sense. And in their senselessness, they convey one simple thing: the panel (or ad hoc reviewers) just didn’t like your proposal and don’t want to see it funded, and there’s usually nothing more than that. The written comments make no rhyme or reason precisely because they are post hoc justification for the fact that the reviewers just didn’t want your work and liked something else (or perhaps someone else) better.

Finally, in contrast to manuscript review, you have no opportunity to respond to the jabs in proposal review. You just have to try to retool the proposal for next time, to be read by a completely new and different set of people. And hope you get 3 or 4 of them who are not cranky or slightly biased against uppity women, and hope at least one of them will actually decide to champion you over someone else. I am not sure the probability of this happening is even 10% for most mere mortals.

(I know, I know. Excuses, excuses. My colleague from above would call this “loser talk.” I know I am whining and should roll up my sleeves and get back to work.) 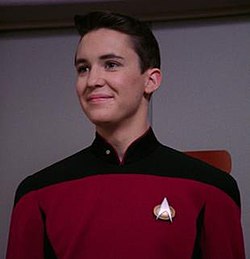 … and many, MANY grant submissions later.