Sadly, this year WordPress won’t be producing the lovely annual report we have come to expect from them (see last year’s and the one before), as it is apparently too demanding of their resources. They promised to come back in 2017 with an equivalent that requires less manpower.

So I have assembled my own report, based on WordPress stats and a bit of data mining. 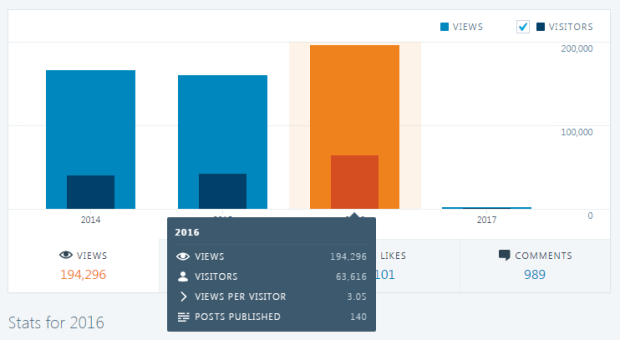 The most read posts: A Good Little Girl was viewed almost 24k times! It’s likely the most widely read piece of writing I have ever produced.)

Visitors came from all over the world! 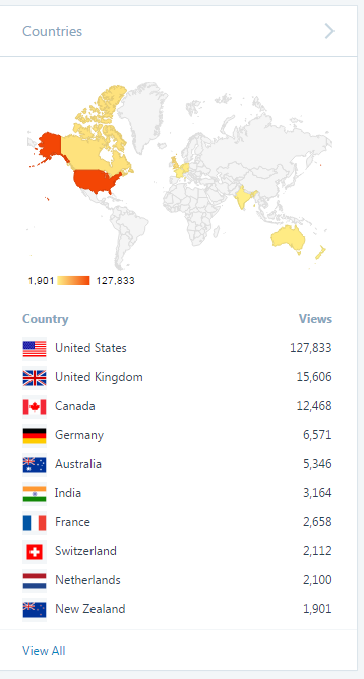 Top 2016 commenters and the number of comments they posted in 2016 (this info was nontrivial to extract, and it may or may not be entirely accurate):

Nicoleangmaggie won for the 3rd year in a row — congrats, nicoleandmaggie! They will get to enjoy some free caffeinated beverages, as in the years past.
If you are among the above top commenters and would like a copy of Academaze, please let me know via email (xykademiqz at gmail). Even if not, thank you very much for commenting!

Sadly, the Academaze game gained very little traction so I am assuming we won’t have any other takers. So far, the two people who played and who thus won are:

They are both entitled to their prizes, as discussed here.

Aaaaaand, last but not least… The first week of January is the International Blog Delurking Week (Jan 1-7, 2017)!

Please say ‘hi’ in the comments, whether you have ever commented or not — don’t be shy! Tell us a few things about yourself, what you hope to achieve in 2017, and/or what you would like to read about at xykademiqz in the coming year.

Thanks to everyone who has read and commented in 2016! I know blogging is considered “sooooo 2010” and much of the action has moved to Facebook and Twitter, but I don’t think the blog, as a medium, is going anywhere. It remains a great outlet for the people who prefer to write and read longer pieces. So thank you all again for the support, and I am looking forward to another year of xykademiqz!