I loved the show Breaking Bad.  Walter White teaches high-school chemistry and discovers  he has lung cancer. Walter is a brilliant chemist, who made some financially imprudent moves in his early days and got cheated out of the subsequently multibillion-dollar company he had founded with two peers. Out of money and fearing for his family’s future upon his death, he takes up cooking meth with a small-time crook and former student Jesse Pinkman. Walter develops a recipe for ultrahigh-purity blue meth, which becomes a hit with the users and crooked distributors alike. Through the seasons, we see Walter become increasingly more vicious as he rises through the drug distribution ranks in the American southwest.

Among the criminals, Walter White is known as Heisenberg. By the end of season 5, the name Heisenberg makes sweaty New Mexico crooks tremble  with fear. Walter is a scientist and chooses this alias because of Werner Heisenberg, a famous German theoretical physicist, well-known for this work on the uncertainty relationships in quantum mechanics and on ferromagnetism.

But why Heisenberg, why was this particular scientist’s name chosen for the show? I googled a little, and there is some inconclusive evidence that the name Heisenberg may be because Walter cannot be both good and bad at the same time, or because he and his sidekick Jesse Pinkman are two sides of the same coin, or some such thing hinting at the uncertainty relationships.  To this I say: whatever… Heisenberg is a great-sounding name for a nerd turned drug lord. It’s got the “zen” and “berg” sounds, which together make a name both strong and ominous.

This got me thinking: If you happen to know a scientist who it thinking of starting an undercover illicit operation among hardened criminals and is in desperate need of a moniker that will pay homage to his/her geeky side while being sufficiently scary to keep said criminals from cutting his/her throat, what kind of name would you recommend? To that end, I decided to look into the names of famous scientists of different stripes, where by famous I mean “when I google ‘famous field-of-science-ist’  I get some options with pics that Google calls ‘ scientists frequently mentioned on the web’. ” Click to enlarge:

Here are some from the lists above that I think have a kingpin-like quality, mainly because I can imagine Walter White in glasses and his gone-bad hat utter “My name is such-and-such”and sound kind of tough and scary: Heisenberg, Wigner, Berzelius, Avogadro, Bunsen, Copernicus, Gauss, Riemann, Leibnitz, Galois, Fibonacci. (There are also some  good names that are missing above, such as Landau.) 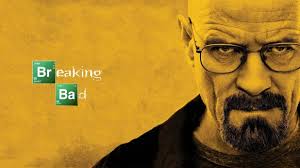 My name is Avogadro… Fear me!

What do you think, which ones among the famous scientist names could be effective as aliases for a scary movie drug lord?