As faculty at research institutions, we have a lot of freedom in how we run our groups and that’s generally a good thing. Most of us do many things in similar ways: we have group meetings and individual meetings with our students; we teach them how to write research papers and give presentations; we train them to identify compelling problems at the cutting edge and devise ways to tackle research challenges.

Yet, we are not all the same. Some things transpired in my workplace that reminded me that not all advisors are made equal and that many students suffer in bad advising situations.

I found out one of my colleagues has mandatory group meetings on weekends. This is in addition to multiple research-progress checks during the week (as in, every other day). This I learned from a student whom I know from coursework and who is quite capable, but who is now thinking about dropping the PhD altogether or switching groups because the pressure is unrelenting.

I am angry for the student, for all students. Angry with everyone who thinks that their own priorities need to be everyone else’s priorities.

Look, I am a workaholic, or at least I used to be. I spent my youth perpetually craving to work more. I was irritated by other people’s laissez faire approach to research, angry that they didn’t feel as passionately about it as I did. But I never chained anyone to the lab. I never required people to be in on the weekends or in the evenings, even though I regularly worked evenings and weekends myself.

One of the biggest lessons I have learned as a mentor and, fortunately, did so pretty early on, is that the people I advise are not my clones. Many students are in grad school for reasons different from mine. Most people, in grad school and elsewhere, do not run towards challenge, difficulty, and constant change. They want well-paying, interesting, and secure jobs that won’t stress them out too much. They want to have time and energy for other people and hobbies.

Graduate students have to work hard, but their workload has to be reasonable. I am confident that if a student really works 40 hours a week on coursework and research, they will get a ton of work done, generally more than enough for very good progress toward the PhD. I know sometimes there are experimental demands that might necessitate longer uninterrupted hours (e.g., when you finally got some time on an expensive shared instrument), but these should be intermittent.

There is a big difference between following your inner workaholic drive and foisting your workaholic habits on others. Maybe you want to work only with other workaholics, so if you select them well things might work out, but forcing everyone in the group to forgo weekends and evenings because you do is just cruel.

I have another colleague who still keeps bleary-eyed-teen hours himself: rolls into work close to noon, has meetings with students into the evening. If I had had an advisor like that, I wouldn’t have gotten a PhD with him. I had a kid in grad school and daycare was only open during certain hours. I knew I had to be productive during those hours and I was, extremely so. I hinted to this colleague that maybe graduate students have other obligations in the evening, and he said they were all single (?!) and anyway those were his hours and the students had to adjust.

These two colleagues both came from large, high-powered groups. I am assuming they do what they saw done, the way they saw it done. Top people in my field all run really tight ships and work themselves and their groups extremely hard, which is disheartening: if you want balance and variety in your life, if you have significant obligations toward family, or if you are simply not willing to push your group members beyond what they might be comfortable with, you cannot reach the top echelons in the field.

I am angry because capable people should be able to complete their PhDs without becoming so miserable from overwork to think about quitting. They should not feel unworthy of the degree because they need time on the weekend to do laundry or buy groceries or see their significant other or catch up on sleep. The PhD is hard enough already; the technical challenges at the cutting edge are hard enough.

I am angry because everyone is so enamored of prolific researchers cranking out dozens of papers every year that we turn a blind eye to the abuse they might inflict on their group members. Whenever I’ve brought up these concerns with somewhat higher-ups, I’ve been met with uncomfortable laughs and “Ha-ha, I guess he just works really hard and expects a lot from others.”

I am angry because, at the same time, these same higher-ups make empty promises to help with grad-student mental health, which seems to be universally abysmal, yet never say out loud that some advisors are, in fact, unreasonable and abusive. Yes, some  — perhaps many — make it out of the groups of these abusive advisors seemingly unscathed and go on to become successful, but that doesn’t mean that there aren’t others who have been run out of degree programs and out of science altogether not because they didn’t work hard or love research, but because they were human beings who couldn’t or wouldn’t make the work their entire life.

I am angry because I am 5*3^2, old enough to be wise, yet deep down I still feel like a loser for not working more and harder, because, deep inside, KoolAid still runs through my veins and I feel that unless I am all in I am not worthy of being in at all, because it is so hard to shake the workaholism as a necessity for self-actualization and instead embrace balance and empathy and deep relationships with other humans as a genuine source of happiness and not feel it’s a cop-out.

I am always angry. 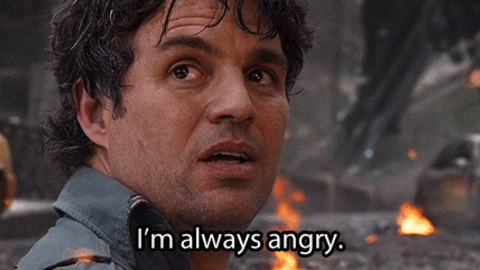